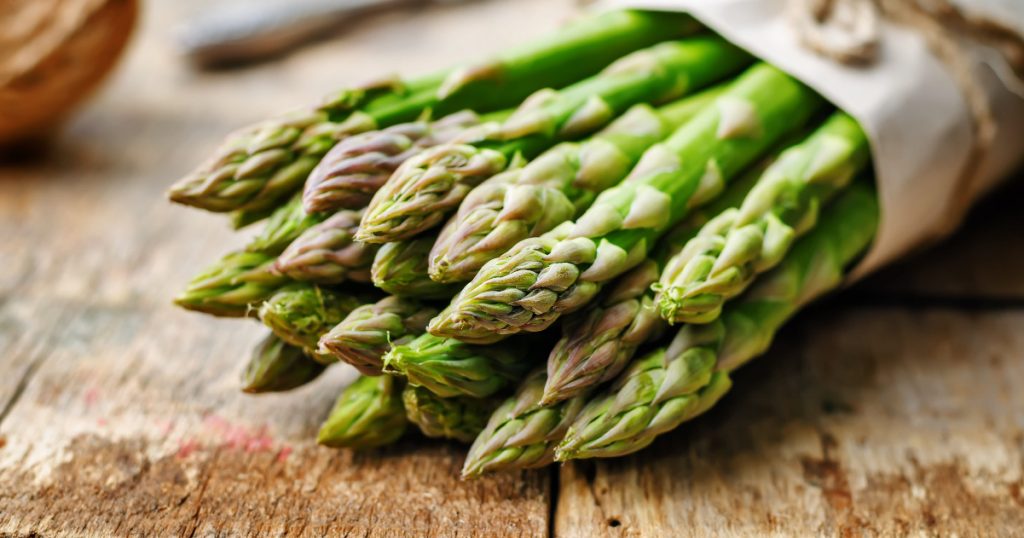 Why Does Asparagus Make Urine Smell?

Asparagus or Asparagus officinalis is a spring vegetable rich in vitamins (A, C, E, K, and B6), minerals (iron, copper, calcium), proteins, and fiber. Even though the plant possesses various medical properties for supporting kidney functions, fertility, cancer, etc., the factor that makes it food for thought is its ability to give urine a pungent smell.

Some people who consume asparagus smell it within minutes in their urine, while some others detect no smell even after several hours or with regular consumption. The questions related to this interesting fact are, whether all people secrete the smelling compound or will everyone be able to smell every odor. However, asparagus has this unique property of scenting urine.

Asparagus is made up of many compounds, most of which are sulfur-linked, like methanethiol and methylene chlorides. Through the years, scientific experimentation using liquid and gas chromatographic methods was done to find the exact compound that is responsible for the character.

Researchers found that the volatile property of the compound (the property by which the compound evaporates at room temperature) helps in the detection of the smell. That is, while urinating, the particular compound gets in contact with the atmospheric temperature and evaporates, soon to reach the nose, making people identify the smell. But, small molecules that are volatile like methanethiol or dimethyl sulfide evaporate quickly while cooking and thus, will not be able to persist to the point of excretion.

A more stable compound ‘Asparagusic acid’ (1, 2-dithiolane-4-carboxylic acid) and its derivatives were found to be the source for the odor. It is a nonvolatile organosulfur compound with the molecular formula of C4H6O2S2, which is only found in asparagus and not in any other related vegetables. The smell it gives to urine is something similar to the smell of cooked cabbage.

The Biological Mechanism of Scenting

During digestion, as with every food material that reaches the stomach, asparagus also undergoes various mechanical and chemical processes to break down into different compounds. This is catalyzed by complex proteins called enzymes, and the end products are either stored for future use by the body or transferred to other parts for immediate recycling or excretion.

Here, asparagusic acid in the vegetable, which is a nonvolatile compound, is broken down into volatile sulfur end products during digestion and then it is transferred to urine for immediate excretion. This is why, even after the loss of volatile compounds in the asparagus at the time of cooking, it is able to give urine the smell.

During urination, these sulfur compounds evaporate quickly at room temperature. The vapors rise and simultaneously reach the nose, which makes it possible for the olfactory receptors to get stimulated and detect the smell. This is a spontaneous process and so people are able to notice the smell within 15 minutes after consumption of the vegetable.

Surveys confirm that there are a few people who even after consumption of asparagus are not able to detect the pungent sulfur smell. Researchers have found two different explanations for this:

A few people do not excrete the sulfur compounds in their urine after eating asparagus, or their excretion contains less of the compound so that it becomes very difficult to detect the smell.

The metabolism in every human being differs slightly depending upon their genetic makeup, which is derived from a blueprint in the genetic code. The exact reason for the non-excretion of asparagus-scented urine is unknown and there is no evidence to prove whether the non-excretors lack the ability to absorb asparagusic acid, fail to break it down into small odorants or fail to produce the byproducts of the metabolism through urine. However, it is believed that those people digest asparagus in a way that volatile sulfur compounds are excreted less.

In such cases, a gene with two alleles is thought to be responsible. Here, excretion is the dominant trait, while non-excretion is recessive.

A few people do not have the ability to smell the compound even if their urine contains it.

Odor production and odor perception have an equal role in asparagus urine. While considering odor perception, one can divide the population into smellers and non-smellers.

People’s ability and inability to smell depends upon the genetic framing of olfactory genes and in this case, non-smellers lack those genes that help the smellers to identify the odor.

Studies are yet to confirm the differences in metabolism of asparagusic acid, which is a plant growth inhibitor and killer of nematodes.