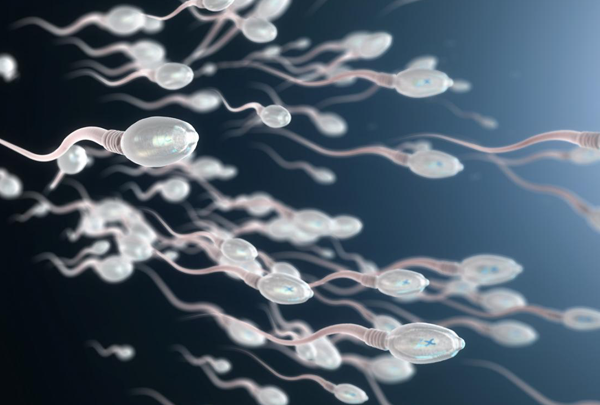 About a year and a half ago, Ted*, 41, was diagnosed with low testosterone, which led his doctor to put him on testosterone replacement therapy (TRT).

“It was a godsend for me,” he told Men’s Health. But TRT has been linked to lower sperm count, and Ted and his wife were trying to get pregnant.

So Ted started doing some research on the Internet for supplements that could help raise his sperm count, which in turn led him down the path of trying to increase the actual volume of his semen – or, as he put it, “I started looking at ways to increase my loads,” he says.

After stumbling on a few Reddit threads devoted to the topic, Ted started taking supplements to increase his semen volume, including zinc, vitamin D3 and folic acid. At one point, he says, he was taking more than a dozen pills per day, spending a fortune on supplements per month.

He swears that not only did his semen volume increase while taking the pills, he also “discovered the ability to be able to go for a second round” of sex with his wife after years of struggling with ED.

The costs started piling up, but at the time, he thought it was worth it.

“My wife once told me she’d had a lover who produced large amounts of semen, which she enjoyed. So I felt [enhancing production] was an added bonus.”

According to the World Health Organization, most guys produce about 3.7ml of ejaculate, or roughly three-quarters of a teaspoonful. But some men want more than that, which is why they’re trying to “hack” their own semen production by way of a cocktail (pun intended) of supplements.

“I would speculate that if given the choice, most guys would like to produce a reasonably to hilariously large load of semen.”

There’s no functional reason why guys would want to increase the volume of their semen. Contrary to what Ted thought, the link between count is tenuous at best: Sperm cells only constitute about one to 10% of semen, so guys with a high volume of semen can have low-quality sperm, while men with a low volume of semen can have high-quality sperm. Nonetheless, guys like Ted are still willing to a lot of money every month on semen-enhancing supplements. The question is, why?

There’s also probably a healthy dose of male ego involved. “Some men do identify with their sexual function and perceive their ejaculatory function as sort of a marker of their virility, or a mark of their manliness,” Daniel Williams, MD, an associate professor in the department of urology and director of male reproductive medicine and microsurgery at the University of Wisconsin School of Medicine and Public Health, previously told Men’s Health.

Do these supplements actually work?

Well, it depends what you’re using them for. There is some evidence, says Dr Brahmbhatt, that a combination of supplements like zinc, folic acid, selenium and vitamin C can improve sperm count specifically. “Individual studies have shown small percentage benefits [to fertility] from each, so the theory is combining them in some form will help maximise the health of your sperm.”

But if you’re just looking to up your semen volume for the hell of it, there’s not much evidence that the supplements recommended on Reddit will do the trick.

“There are so many reasons why your volume could be up or down on a daily basis,” says Dr Brahmbhatt. “Some of these supplements may increase your sperm counts, but that generally does not lead to a significant change in your semen volume.”

But even he says he has no idea why he just produces more semen than others. “Everyone thinks the reason is because I have an extra prostate gland or something, but it’s just genetic.”

Should you be concerned about low semen volume?

If you notice you’re ejaculating smaller amounts than usual, you should see a urologist, as it could be a sign of a health issue like low testosterone or diabetes. But for the most part, there’s no reason to try to increase the volume of your semen.

He also urges men to drink moderately, quit smoking and avoid hot tubs, which have been linked to decreased male fertility.

Still, he does think there’s an intangible psychological reason that drove him to pursue mythologically giant loads. “I would speculate that if given the choice, most guys would like to produce a reasonably to hilariously large load of semen,” he says.