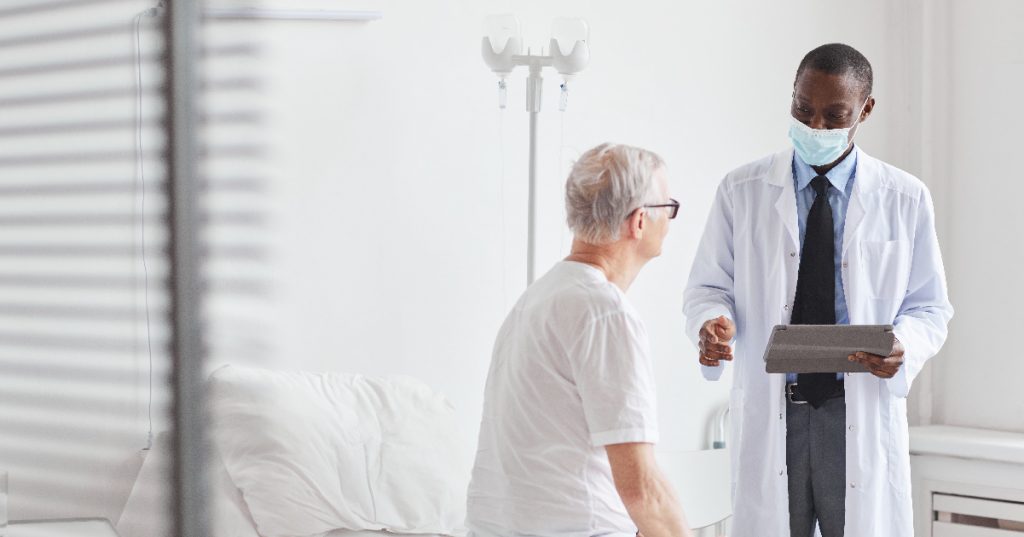 I’m sure by now, you may have seen and or heard a commercial for erectile dysfunction (ED) which ends with the statement, “If your erection lasts more than four hours, call your doctor.”

This condition (known as priapism) is a urological emergency that is relatively rare, but has been seen more commonly over the last 20 years because of newer treatments for ED. With the advent of many pharmacological treatments for erectile dysfunction, including the use of penile injections therapy, physicians see more prolonged erections than before the days when these treatments were developed.

The anatomy and physiology of a prolonged erection can be divided into a high flow state or low flow state. These distinctions become important in treatment options and surgical intervention, if needed.

In a high flow state, there is constant arterial blood flow delivered to the penis, and treatment is more likely to involve a surgical intervention with a shunt that can divert the arterial blood from the penis back into the venous system. However, many times physicians are successful when irrigating the penis and injecting a medicine that decreases blood flow, thereby avoiding surgery. High flow rate can be caused by trauma, various drugs, injections or spontaneously without a specific known cause.

High flow priapism also tends to recur quite rapidly after the initial drainage, which is why a shunt or a vasoconstrctive medication is frequently needed.

Low flow priapism can also be caused by penile injection therapy, various antidepressant medications, or can be idiopathic. In those cases physicians are frequently able to irrigate and drain the venous blood from the penis to reduce the erection and swelling during an office visit, or in an emergency room setting.

Priapism can rarely be caused by hereditary diseases such a sickle cell disease, and by certain types of cancers.

Priapism is a urological emergency because not only is the erection very painful, but if left untreated could lead to permanent scarring, fibrosis and ongoing erectile dysfunction.

Even with proper intervention, further erectile dysfunction is a possibility after priapsism, so please take the message seriously: “If an erection lasts more than four hours, call your doctor.”