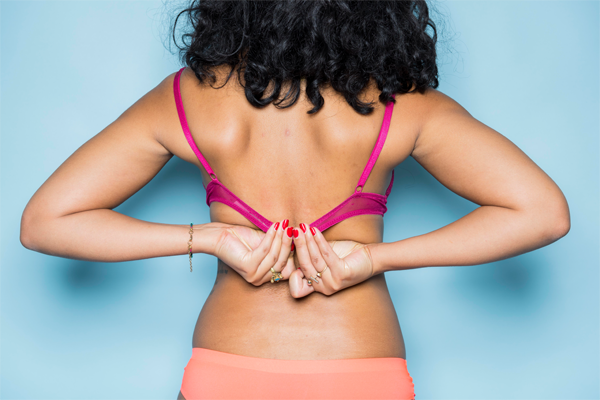 8 nipple symptoms that are totally normal

Nipples: Everyone’s got them. But you probably don’t think about them much until they announce, “I’m cold,” get tickled by a partner, or become chafed while long-distance running (hint: petroleum jelly is your friend).

But take a look at those babies in all their glory. After all, it’s important to know what they look like normally so that you’re better able to recognise any changes, says Dr Dana Scott, a gynaecologist at the University of Michigan Von Voigtlander Women’s Hospital.

“There’s a lot of variety, and everyone is a little different,” she says. But nipple symptoms generally fall into one of eight categories (and you can definitely experience more than one at a time).

Figure out which apply to you, and if you notice any sudden or unexplained changes in colour, size, hairiness, pointiness, and tenderness, call your gynae. While shifts are often totally normal reactions to things like ageing, pregnancy, or breastfeeding, they can sometimes tip docs off to hormonal imbalances or, in the most severe cases, serious conditions like cancer – so it’s good to have a handle on what your baseline is.

It’s not just belly buttons that come in innies and outies – nipples do, too. And while there’s nothing abnormal about being born with one or two inverted nipples, which often become apparent during puberty, they can make breastfeeding more challenging, Dr Scott says. “Women may need to manipulate the nipple to breastfeed better,” she says.

Most of the concerns around innies, though, are aesthetic, finds Dr Karen Horton, a plastic surgeon in San Francisco who specialises in female cosmetic and reconstructive surgery. “Women say, ‘I just want my nipples to look normal’ or, ‘I want them to look symmetrical,’” since sometimes only one bud is hiding, she says. While inverted nipple-correction procedures – in-office treatments requiring local anaesthesia and about 10 days without exercise – are a thing, doctors don’t love doing on women who still want to have children since it could make breastfeeding even harder. (Note: Piercing your innie in an effort to pop it out usually doesn’t work.)

Whatever you do (or don’t do) with inverted nipples, keep in mind that outies-turned-innies deserve medical attention. “If someone has cancer right under the nipple, that can cause a retraction of the nipple over time,” Dr Scott says. While it could totally be something else, ask your doctor to take a peek if that sounds familiar.

Hair varies in colour, thickness, and texture for each person – and that includes the sprouts surrounding nipples. “Many don’t even realise they have hair; some do and hate it or pluck it or shave it,” Horton says. “It’s normal, and there are different degrees of hairiness.” Your level may be influenced by your ethnicity – Indian women, for example, often have more than their Caucasian counterparts. Pregnant women, too, may notice hairs darkening, thickening, or growing, thanks to hormonal shifts.

If you notice changes like this and aren’t pregnant (or going through another hormonal change, like menopause), bring it up to your doctor, Dr Scott recommends. It could signal a hormonal imbalance, she says.

Larger breasts tend to mean larger areolas, says Dr Horton, who often performs “areola reductions” as part of breast lifts or reductions. Your areolas can also grow and darken during pregnancy and breastfeeding, thanks to the same hormonal changes that can deepen the labia’s hue, Dr Scott says.

“It’s natural… and makes it physically easier to breastfeed,” she says. Nothing to worry about unless, again, those colour changes are unexplained.

Not everyone’s nipple count stops at two – although their functional nipple count does. (In other words, you can’t breastfeed from a third nipple or develop breast cancer there.) “I see 10 accessory nipples a week,” Dr Horton says, noting that women often don’t realise they’re technically nipples since they can look just like pimples, moles, or benign bumps.

Those bonus buds can appear anywhere along “the milk line” – similar to the stretch of nipples on dogs or cows – if a certain gene doesn’t get expressed during development. Most often, they pop up under the left breast (same goes for men) and can even sit atop a bit of breast tissue, Dr Horton says. They’re no big deal medically, but they can be removed pretty easily if they really bother you, she adds.

Textbook nipples resemble chickpeas, but some women’s nips – especially those that have been through experiences like, you know, feeding a child – look more like a piece of stretched out toffee.

Sometimes after breastfeeding “the nipple gets really stretched out and it’s three times the size and width of a pencil eraser,” Dr Horton says. Such lanky nipples can seem more prominent on small-chested women, some of whom opt for nipple-reduction procedures on one or both sides. Still, they’re nothing to worry about health-wise if you don’t want to tinker with your nips.

Nipples do, of course, have a biological purpose – breastfeeding. But you don’t have to be breastfeeding to be reminded that your nips are sitting on top of fluid-creating ducts. Often, women start lactating a bit when they’re pregnant, and some women leak when they squeeze their buds, Dr Scott says.

Usually, it’s not a medical problem, but discharge is definitely something you should run by your doctor – especially if it’s bloody, only happening on one side, or leaking even when you keep your hands off, Dr Scott says. In rare cases, it could signal cancer.

If your nipples were headlights, would they illuminate a path forward or highlight the area more in your periphery? Dr Horton calls the latter type “easty-westies” or “side-winders”.

“They are nipples that point out to the sides like sides of a compass,” she says. “This is genetic, and if an implant is put into a breast with sideways-pointing nipples, they will be accentuated.” South-facing nipples are common too, especially as you age or if your weight has fluctuated a lot, Dr Horton says.

The actual nipple isn’t the only protrusion on your breast – women also have bumps called Montgomery glands on their areolas. And for some, they’re especially prominent.

“Some patients come in, and it’s almost like very rocky terrain,” Dr Horton says. Though bumpy beholders may be self-conscious, some texture is totally normal and can’t be altered. After all, those glands have a purpose – to lubricate and make the areola oily, which helps with breastfeeding.