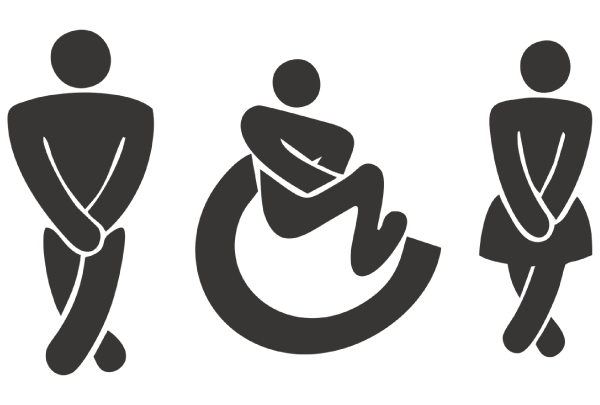 4 examples of incontinence as a symptom of something serious

There are a number of things that can cause urinary incontinence, i.e. the involuntary release of urine.

Incontinence can be caused by several factors, including the dysfunction of the bladder mechanism caused by childbirth or surgery, injury to the pelvis or old age.

Urinary incontinence itself isn’t a disease; it’s a symptom of an underlying disorder, and there are different types of incontinence.

Luckily, most cases of incontinence can be cured and managed. But according to Dr Prenevin Govender, a urologist based in Claremont, Cape Town, and Health24’s resident expert for incontinence, you should have all cases of urinary incontinence examined as it can be a symptom of a serious medical condition.

Dr Govender says, “Incontinence is never ‘normal’ and if you experience it, you should always go to your doctor. In some cases, your doctor may refer you to a urologist.”

According to Dr Margaret Fockema, a general practitioner with an interest in incontinence, the most common cause of incontinence is a condition called overactive bladder.

“As the bladder fills, signals to the brain allow it to interpret the degree of fullness at any time. When the bladder is overactive, however, it contracts, causing the brain to interpret it as full, even when it’s not. This results in frequent visits to the toilet with a sense of urgency, but often very little urine,” she stated in a previous Health24 article.

Here are some of the serious conditions that incontinence can be symptomatic of:

1. Cancer of the pelvic region

According to an article previously published in the journal Oncology, urinary incontinence is a common complication of several cancers, especially those in the pelvic region, caused by damage to the muscles and nerves surrounding the bladder. These cancers can include:

Brain or spinal cord cancers can damage the nerves that control the bladder and pelvic muscles, causing urinary incontinence.

A growing brain tumour can especially be the underlying cause of sudden incontinence, as it can directly interfere with brain activity.

Dementia is a term that describes a variety of chronic brain disorders that includes symptoms linked to a decline in mind, memory and reasoning abilities, which affect normal functioning and autonomy.

According to the Alzheimer’s Society UK incontinence can be a symptom of dementia because the person:

Kidney stones have many possible causes. While smaller kidney stones do not always cause pain, they can cause urinary leakage or the frequent need to urinate when passing through the urethra.

If kidney stones progress and are left untreated, the combination of infection and obstruction can cause severe pain and internal bleeding.