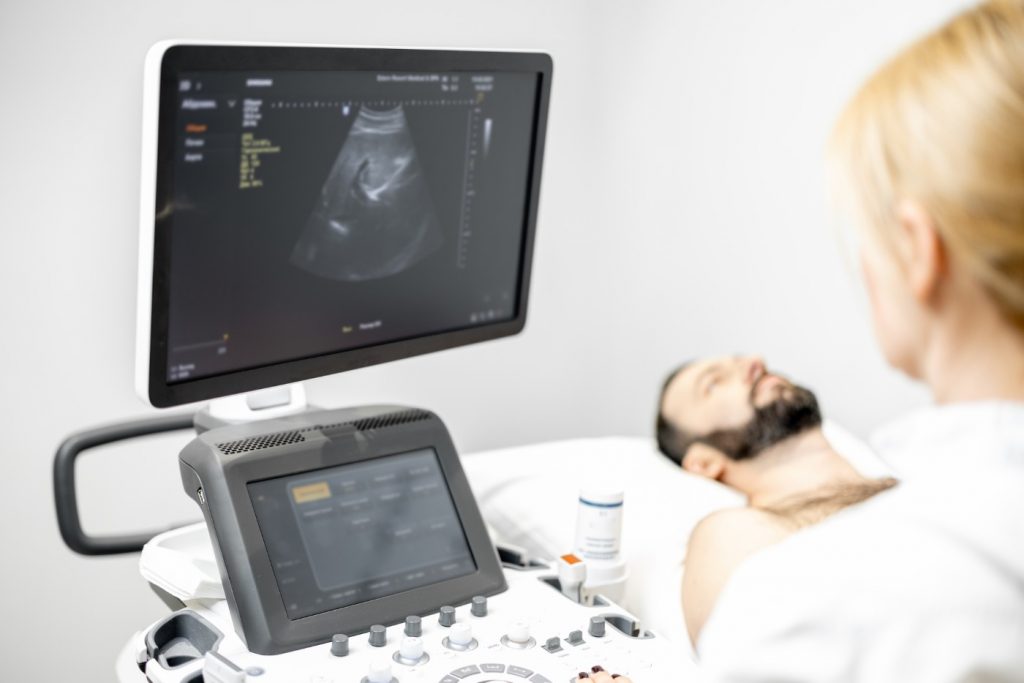 Now a landmark clinical trial has demonstrated this less-invasive method works well for many patients. The phase 2 trial, led by MSK urologic cancer surgeon Behfar Ehdaie, looked at a particular type of HIFU treatment, also called MR-guided focused ultrasound (MRgFUS), in men with intermediate-risk cancer. The novel approach effectively controlled the disease in patients and greatly reduced adverse side effects of treatment. This suggests many men with intermediate-risk prostate cancer can avoid surgery, chemotherapy, and radiation.

“We believe this novel treatment strategy will improve the lives of many prostate cancer patients,” Dr. Ehdaie says. “To draw a parallel with how breast cancer treatment changed 30 years ago, you could think of focal therapy as a ‘male lumpectomy.’ Instead of removing all the tissue in a breast or prostate, we have learned that it is safe and effective to treat specific areas and greatly reduce the burden on patients.”

When the cancer is confined to the prostate gland, the main treatment options have traditionally included active surveillance (close monitoring), surgery, and radiation. But men who needed surgery or radiation often had persistent side effects, such as urinary and sexual problems, that could reduce quality of life.

“Advancements in prostate cancer over the past two decades have been headlined by successes that have benefited all patients, and now focal therapy provides another exciting area that can move the needle in prostate cancer management,” Dr. Ehdaie says.

How Does HIFU for Prostate Cancer Work?

The MR-guided focused ultrasound (MRgFUS) is an outpatient treatment that takes about two hours. Patients under anesthesia are placed in an MRI machine that covers the lower half of the body. After the machine takes an image of the prostate, the doctors outline the treatment area and deliver the focused ultrasound waves, guided by the MRI. The ultrasound waves come from different directions, intersecting to attack and kill the cancer by heating the cells to more than 158 °F (70 °C).

“While you are imaging, you are getting temperature feedback as well to make sure the right spots are being treated,” Dr. Ehdaie says. “The patient wakes up from the anesthesia and goes home. There’s no incisions or wounds on the body to heal. We have demonstrated the procedure is safe for patients, and they can return to normal activity right away.”

Dr. Ehdaie says that using MRgFUS for intermediate-risk cancers became possible due to two important developments over the past 15 years. First, there was an acceptance by experts of using active surveillance for low-grade tumors. The second advance was new imaging technology that enabled MRIs to be incorporated into ultrasound treatment.

In the phase 2 clinical trial, 101 men received the novel MRgFUS treatment and then were biopsied six months and 24 months later. There was no intermediate- or higher-risk cancer left in the treated area for 88% of the patients.

“Probably most important was the lack of side effects,” Dr. Ehdaie says. “Nobody in the study reported urinary incontinence or experienced bowel problems. Most men were able to achieve erections.”

Based on this data, the FDA in December 2021 granted approval for the technology, called Exablate Prostate, to treat prostate tissue. The FDA also approved an investigator-initiated trial designed by Dr. Ehdaie and surgeon Peter Scardino to compare MRgFUS focal therapy to active surveillance and demonstrate a clinical benefit for patients with prostate cancer.