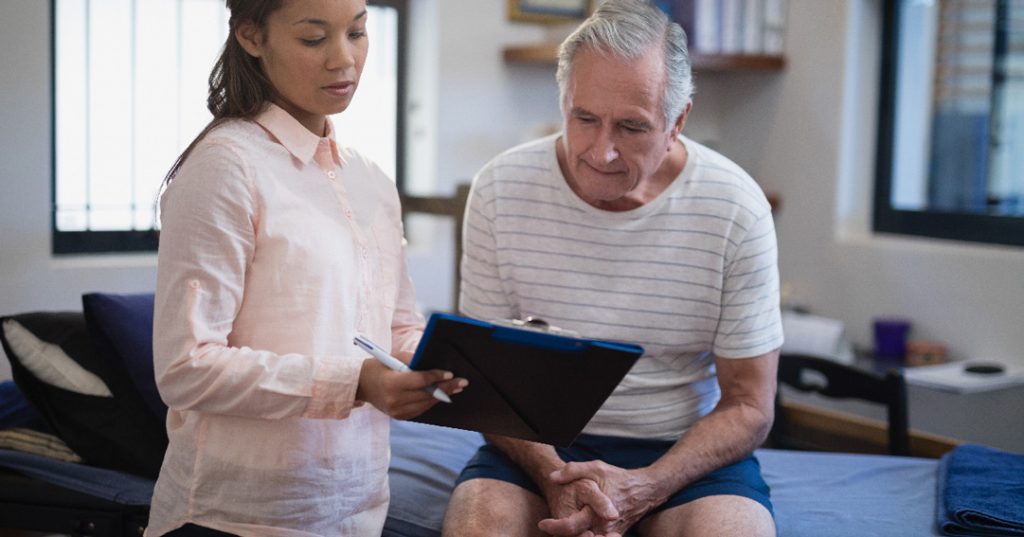 An overview of non-surgical treatment options for Peyronie’s disease

Peyronie’s disease (PD) is a therapeutic challenge despite the availability of several non-surgical and surgical options. Very few of these options are supported by good quality evidence according to the current American and European guidelines.

The period of plaque development and progressive deformity is referred to as the ‘acute phase’ and can continue until 12 months by which time the ‘chronic phase’ sets in. This is characterised by resolution of the pain with a stable deformity.

Oral medications are desirable in PD due to their easy administration. The inflammatory mediators include tumour necrosis factor (TNF), transforming growth factor-β (TGFβ), and reactive oxygen species (ROS) and these are potential targets for medical therapy.

Nonetheless guidelines do not support the use of pentoxifylline (PTX), vitamin E, tamoxifen, procarbazine, potassium para-aminobenzoate (POTABA), omega-3 fatty acids, coenzyme Q, carnitine, colchicine, or combination of vitamin E and L-arginine because of the lack of evidence related to efficacy.

Topical treatments such as verapamil (also delivered through electromotive drug administration (EMDA) with a transdermal electrical charge gradient) and H100 gel have been trialled. However, topical therapy is not recommended by the American Urological Association (AUA) and European Association of Urology (EAU) guidelines because of a lack of sufficient evidence that it can deliver adequate levels of the active compound to the plaque.

The injection of pharmacologically active agents directly into plaques which are not calcified is the mainstay of medical treatment as it allows localised delivery of a high concentration of active agent to the target area. Intralesional therapy may be offered both in the acute phase to reduce penile pain or in patients with a stable dorsal or lateral curvature >30° who request non-surgical treatment. Current guidelines limit the intralesional agents to collagenase clostridium histolyticum (CCH) and interferon alpha-2b (IFNα2b).

CCH is an effective non-surgical treatment for PD that can be used as a singular therapy or in conjunction with other treatment options (e.g. PDE-5 inhibitors, vacuum and penile traction devices). It has been used for both the acute and stable phases. CCH consists of an injectable fixed ratio of collagenase I and II (AUX-I:AUX-II), able to degrade collagen types I/III, which are the major components of the plaques.

In 2013, CCH became the first licensed treatment for PD after the IMPRESS trial (Investigation for Maximal Peyronie’s Reduction Efficacy and Safety Studies) reported a mean 34% improvement in penile curvature compared with a mean 18% improvement in the placebo arm. Adverse events were encountered in 84% of patients, although these were mostly mild or moderate in severity and the majority (79%) resolved without intervention within one to two weeks. The IMPRESS protocol planned two injections of 0.58mg of CCH separated by 24 to 72 hours from each other (with the second injection of each followed 24 to 72 hours later by penile modelling) for a maximum of four treatment cycles, each one separated by six weeks at least. To decrease the cost and the duration of treatment, a new shortened protocol of three intralesional injections of 0.9mg of CCH, at four-weekly intervals in combination with manual modelling, stretching, and vacuum device on a daily basis was proposed. This showed an improvement in the penile curvature of 31.4% from the baseline, with comparable results to those of the IMPRESS trial, although this was a single-centre, non-randomised study.

Interferons (IFNs) are a large family of cytokines secreted by host immune cells in response to biological inducers and also antifibrotic activity by inhibiting fibroblast proliferation, collagen production and by increasing collagenase. Treatment effectiveness and safety was demonstrated in 2006 with a placebo-controlled trial with IFN α-2b intralesional therapy biweekly for 12 weeks (six injections), reporting a significant resolution of pain (68%), a mean of 27% of improvement in penile curvature, and significant increase in the peak systolic velocity. A systematic review reported IFN α-2b therapy to be effective in improving penile curvature and reducing plaque size.

Finally, a 2018 systematic review for intralesional verapamil including seven randomised and two non-randomised studies evaluating the clinical efficacy concluded that the available evidence did not support its use.

The use of traction aims to realign the collagen fibrils parallel to the tension axis; these changes are induced by a process called mechano-transduction where mechanical stimuli are translated into chemical signals with a decreased activity of myofibroblasts.

Several studies have evaluated penile traction therapy (PTT) as a monotherapy or part of combination treatments with oral or intralesional injections showing improved penile curvature and stretched penile length. A recent randomised controlled trial (RCT) evaluated the novel RestoreX® device. In comparison to other devices which need to be applied for an extended time (up to eight hours daily), RestoreX can be applied for 30 minutes once, twice, or three times a day and achieve counter bending in four directions with a significant improvement in penile curvature, length, and International Index of Erectile Function (IIEF) erectile function score. Nonetheless, AUA and EAU provide weak or no recommendation for PTT citing limited evidence and small sample sizes.

A vacuum device is easily obtainable and can be used for erectile dysfunction as well as a mechanical stretching device. A vacuum erection device was evaluated in a single-arm study of 31 patients that used the device, without the constriction ring, for 10 minutes twice daily over a 12-week period suggesting it can regain length and reduce the penile deformity (increase in penile length between 0.5 and 1.5cm and improvement in curvature of between 5 and 25°). Considering the low morbidity and the non-invasive nature of vacuum devices, both the AUA and EAU guidelines suggest that it may be offered as part of a multimodal therapy approach for reducing penile deformity.

The therapeutic mechanism of low intensity extracorporeal shockwave therapy (LiESWT) can be related to direct damage and remodelling of the plaque, and heat-induced angiogenesis with subsequent inflammatory reaction and enhanced local blood flow that prompts plaque lysis via macrophages. Furthermore, direct disruption of pain receptors and hyper-stimulation analgesia can explain the healing effect on pain.

The three published meta-analyses on the efficacy of LiESWT, have reviewed the limited data available and none of these showed a significant improvement in penile plaque size or penile curvature, except for a reduction in penile pain. Moreover, it should be considered that the machines used in older studies have been replaced by new advanced devices and the heterogeneous inter-individual manifestations suggest that there can’t be one fixed ESWT protocol of energies and sessions. Additional studies have also reported improved outcomes with combined therapy, by pairing a PDE5i with ESWT and CCH. The guidelines suggest that shockwave therapy can be used to treat penile pain in the acute phase of PD, although not recommended to improve penile curvature and reduce plaque size.

Facebook
Twitter
LinkedIn
PrevPreviousPoisoned at Work: A Detective Story for Nephrologists
Next5 Lifestyle Changes To Reduce An Overactive BladderNext